Android mobiles are seeing constant updates in terms of software and also in terms of hardware to attract the new customers and to increase the experience of the users. The most trending change to the hardware is the full-screen display. But with a notch at the top of the screen which somewhat comes in the middle of the screen.

The first bezel-less trend was introduced by Xiaomi back in 2016 with its smartphones Mi Mix. This trend is then later followed by many large companies. This first device had al full bezel-less screen which attracted the eyes of customers and even mobile giants to try out that. There is also a small chin at the bottom and this is explained as the space to accommodate few components.

After the introduction of bezel-less devices by Xiaomi, the trend is followed by many Android manufacturers such as LG, Samsung and also iPhone.The trend is now spreading to all the tech giants to give the new experience to its users and to increase the user base.

The father of Android Andy Rubins found this trend and he himself designed and unveiled a smartphone with a bezel-less screen which is somewhat more attractive and more perfectly designed compared to other. This bezel-less device is unveiled in may 2017 and named as Essential Phone. The best thing about this Bezel-less screen is that unlike other devices which have a notch on the top this phone design is such that they removed that notch and that made look more beautiful.This phone features an edge to edge display and a small cutout or notch that is made for front-facing display. And also had a minimal display bezel. The phone design is attracted to many people.

And following the trend Apple the most popular iOS devices manufacturer had also introduced during the 10th anniversary a bezel-less full-screen mobile and called as iPhone X. But this device had a larger notch when compared to other which raised controversy. The reason for this notch was explained as the space to accommodate the parts that are required for the functioning of all the functions of the phone like sensors and other parts.

After these tech giants, the same trend is followed by the mobile manufacturers like Asus, Huawei, and Oppo.

Recently the co-founder of Oneplus spoke about the bezel-less devices and said that one Plus 6 will be featuring the bezel-less device. He also said that there will be the notch similar to iPhone X. He said that the reason for such notch is to accommodate the important parts of the phone and if we try to remove the notch then the components should be accommodated on the backside which will increase the cost very much. Due to this costly solutions, the notch is allowed in all the recent phones.

How to use Notch Hider

Now we tell you how to remove this notch and increase your experience. We achieve this by using an app called as Notch Notch. This app is developed by the XDA forum moderator Zacharee1. 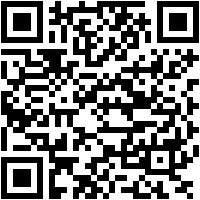 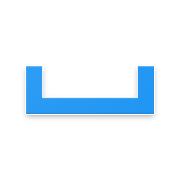 How this app does this job is that this app overlays a black bar over the status bad and hence remove the feel of notch appearing on the top of the screen as shown in the following figure. It’s really simple to Hide Display Notch!

By overlaying pitch black over the status bar the notch view is eliminated and this not covers the icons and will show all icons as it is. Looking cool, right?

There is no shortcut that is displayed by the app which is the best thing. After installing the app go to quick settings panel and add the button named Hide Notch and that’s it now you will not find the Notch.

This is how you Hide Display Notch on your Android Smartphone. If you are facing any issues, then let us know in comments below! Stay tuned @AllDroidTips for more tutorials like this! [Via]

Dixit Dhinakaran - September 4, 2018
0
Excited to test out the Android Pie on OnePlus 6? Want to Install OxygenOS Open Beta 1 on...

How to Switch from SuperSU to Magisk [Easiest Way]